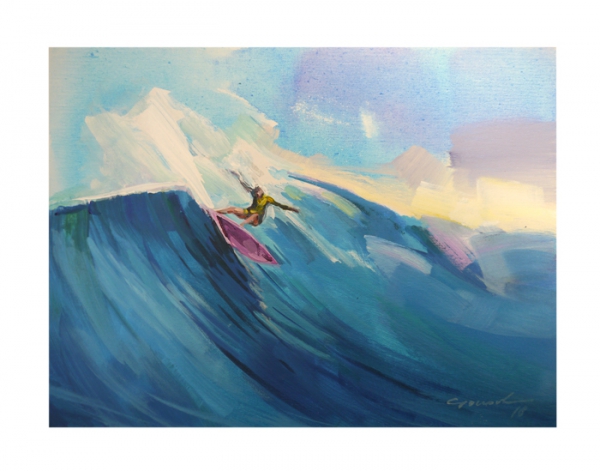 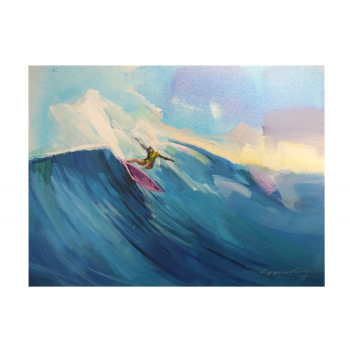 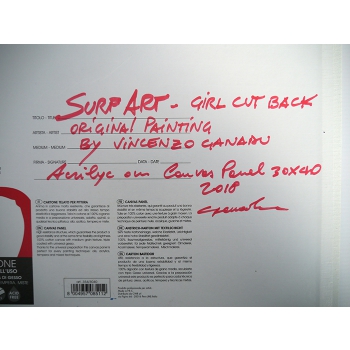 Hand painted by the artist, unique pieces there are no other copies

Paintings are sold without frames to allow for you to frame the works purchased according to your own personal decor and taste.
All works are available for worldwide shipping. We carefully package all works in large cardboard boxes or rolled up in hard cardboard tubes to ensure they reach you in perfect condition.


Born at Sassari in 1973 where he went to the Istituto d’Arte. He specialized in Sculpture at the Academy of Fine Art of Bologna and Sassari, where in 2001-2002 he taught Sculpture Techniques. He collaborates with the sculptor Pinuccio Sciola, the artist Vittorio Calvi and Angelo Pilloni. His work is presented in many different public and private galleries in Italy and abroad. Recently some of his paintings have been used to stage a TV-Show called ‘Rocky Point’ produced by Warner Bros, and shot on the north shore of Oahu in Hawaii, and exhibited in the most important international Surf Art Show in San Paulo of Brazil.

The characteristic works of Vincenzo Ganadu’s repertoire bring to the mind his native land and the enthusiasm of young people for nature. His artistic formation has matured with studies orientated towards the valorisation of his potential attitudes towards painting and sculpture.

The expressive means of  Vincenzo Ganadu feel the effects of the composition. In his paintings we are in front of a game, brilliantly resolved between informal and figurative, as one can admire in the suggestive images bound to the world of surfing.

The stupefying wave that rises, in the middle of the agitated sea, offers to the young artist chromatic structures well designed within a rich geometry of counterpoints, of tones which accentuate the colour contrast of full effect.

Vincenzo Ganadu inserts the human figure on these backgrounds using short strokes, creating a vivid emotion, which is a determining factor. The incisive gesture of the man, balancing on his surfboard in the middle of the waves, animates and moves the observer because of the rapid touch of the colours made by the brush, without contour lines.

His research is not only psychological or formal, but is a spontaneous source of his artistic personality: tension, explosions, force of instant vitality and burning dynamic felicity are strong characteristics of his works.

The wide variety of painted images by Ganadu Art is all here and is the fruit of 15 years of artistic activity where surfing has always been the source of inspiration.

They are original works which are appreciated for their distinct style throughout the world, as evidenced by the various publications and organisations who have used them over the years for things as diverse as calendars, event posters (surfing contests), trophies, stamps for t-shirts, and even covers for magazines – the list goes on!

The works of Ganadu Art can be found across the globe in places such as France, Portugal, California, Peru, Brazil, Hawaii, Australia and China, where they add colour and style to the homes of iconic figures from the world of surfing. Examples of these can be found in the section “Gallery Exibitions“. 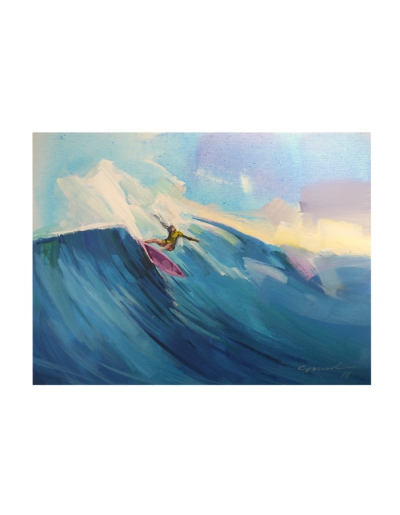